This project has been successfully funded. Further donations will support bug reports and feature requests after release.

Pure Data for VCV Rack! This fundraiser supports the addition of libpd as an engine for VCV Prototype so it can load Pure Data patches.

Although Prototype was originally designed to load files written in a scripting language, its architecture allows graphical languages to be loaded as well, such as Pure Data patch files, if an engine is developed for it. All six inputs, outputs, knobs, buttons, and lights on Prototype will be accessible from your Pure Data patch.

Hardware modules such as Rebel Technology OWL, Magus, Salt, and mxmxmx terminal_tedium allow Pure Data patches to be used in the Eurorack hardware world. If funded, this project will achieve a similar goal with the VCV Rack virtual modular synthesizer. 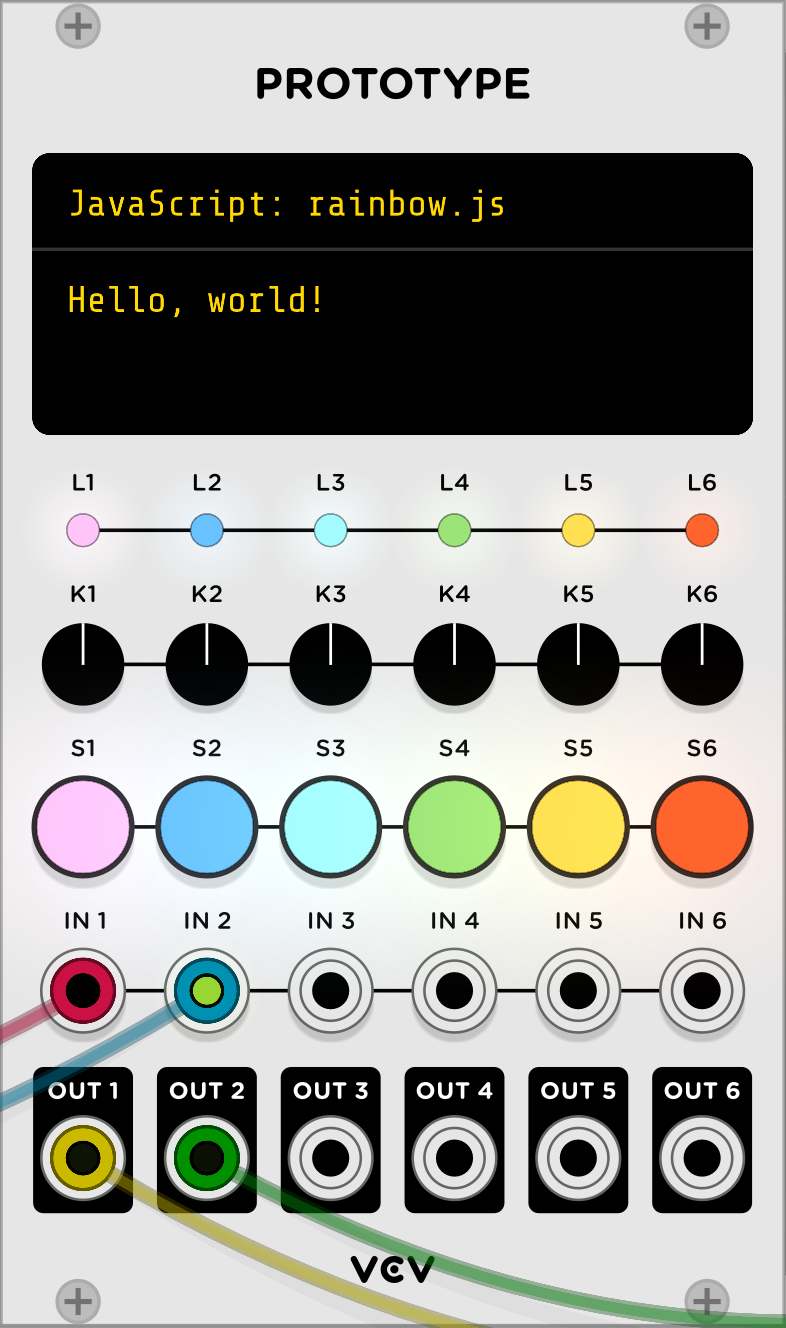 Payment is charged immediately upon checkout. The total funding amount above may take up to 15 minutes to update after your payment.

If project is canceled for any reason including underfunding, development far exceeding deadlines, or inability to complete the project, all donors will be refunded the full donation amount. Otherwise, donations are non-refundable.

If the funding goal is not reached, the developer may choose to accept the funds and continue project.

VCV is not a nonprofit or charity organization, so donations are not tax-deductable.

Email contact@vcvrack.com for questions or comments about this fundraiser.